It was with great sadness that we heard last week of the death of Mr Roger Jarvis of Balephuil, Isle of Tiree after a short battle with Leukemia. Roger was, until earlier this year, a director of Tiree Community Development Trust, Tiree Renewable Energy Ltd and Tiree Broadband. Roger’s influence on and input to the Trust and its activities was massive and spanned nearly a decade. Our thoughts are with Roger’s wife Margo and daughter Sarah and all the family. 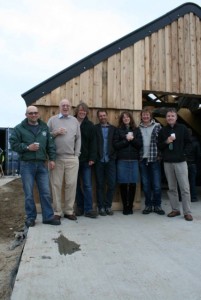